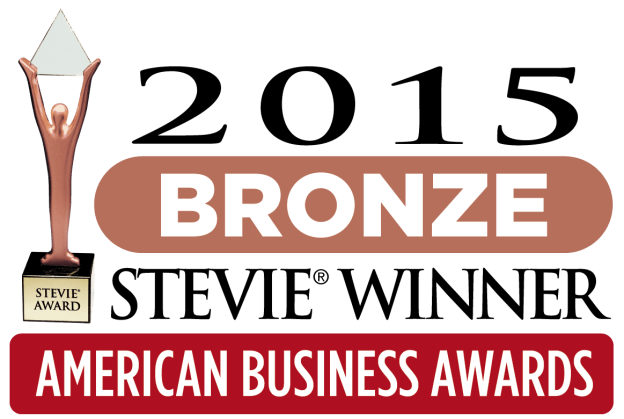 The American Business Awards are considered the nation’s preeminent business awards program. All organizations operating in the U.S.A. are eligible to submit nominations – public and private, for-profit and non-profit, large and small. More than 3,300 nominations from organizations of all sizes and in virtually every industry were submitted this year for consideration in a wide range of categories. BDS’ entries spotlighted a variety of agency achievements, including the leadership of Ken Kress, President of BDS, their retail campaign for Center for Sustainable Energy, a BDS client program, and the launch of their new service, Break Fix. The award for Best New Product or Service of the Year, for which BDS’ Break Fix service was nominated, will be presented at the New Products Awards banquet on Friday, September 11 in San Francisco.

“As a marketing agency that prides ourselves on our people and client work, it’s an honor to be named a Bronze Stevie® Award winner in two categories thus far,” said Mark Dean, CEO and owner of BDSmktg. “In our industry today, we are one of the last privately held companies competing with multi-billion dollar conglomerates. Ken has been instrumental in keeping us rooted in our commitment to the success of our people and our business; he is truly ‘gold’ in our minds. Not to mention, being recognized for our client work at retail is a testament to our continued promise to providing brands with the best client service and performance on the retail floor.”

“Great things don’t happen because you are a great executive,” said Ken Kress, President of BDSmktg. “Great things happen for executives because they have an amazing team.”

The Center for Sustainable Energy team also shared, “We are incredibly grateful to have received the bronze award for Marketing Campaign of the Year. Now more than ever is it important that we all play our part – because only by working together, we can help California ‘Stay Golden!’”

Details about The American Business Awards and the lists of Stevie winners who were announced on June 22 are available at www.StevieAwards.com/ABA.

TAGSAwards, BDSmktg, Break Fix, Retail
<< READ PREVIOUS
READ NEXT >>
Archives
Categories
We use cookies on our website to give you the most relevant experience by remembering your preferences and repeat visits. By clicking “Accept”, you consent to the use of ALL the cookies.
Cookie settingsACCEPT
Manage consent